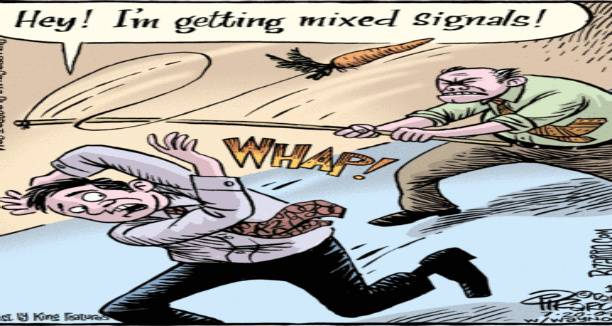 Ethiopian government’s recent move on the 40/60 housing project is nothing but a subtle policy of “carrot and stick”; a technique meticulously designed to lure someone to do something without using force. Even if I used the metaphor, I wonder if there is any carrot for the record.

This project reminded me a comparable trend that was practiced in earlier times. When our kings, empresses or regional governors threatened by any outlaw or strong opponent, they diverted the war confrontation to marital solution. That was how Empress Mennen Liben Amede (consort of Emperor Yohannes III and mother of Regent Ras Ali) settled the political turmoil with Kassa Haile (later crowned as Emperor Tewodros II); by giving him her grand daughter Tewabech Ali as a bride.

Nowadays, neither Azeb Mesfine nor Roman Tesfayee is fertile enough to accommodate the Ethiopian Diaspora in that kind of matrimonial diplomacy

The only solution that seems just is the housing project. In EPRDF eyes, the Diasporas are animals in need of behavioral change. When we were kids, we were told a story of a donkey with a stick tied to its body that had a dangling carrot at the other end, right over the head of the animal. Logically, the donkey keeps moving forward to reach the carrot, which would remain inaccessible.

Sure enough, the beneficiaries of this project would incur almost no cost to own the promised house comparing it to the contemporary market value. That makes the carrot juicy and fatty; however, the stick hidden behind is much hefty.  As sure as the sun rises east and sets west, before the “donkey” gets a few meters far, EPRDF will remove the stick from the animal and the carrot from the stick. The trick evolves from CARROT ON A STICK to THE CARROT OR THE STICK. Here comes the freedom, to hammock the “donkeys” (Diasporas) with the carrot or to hammer them with the stick, depending on their future behavior. If the Diasporas fail to salivate for the carrot, the stick can be administered to do the trick.

Those of you, who are running like a cheetah, dreaming the carrots growing on trees, don’t forget EPRDF owns a lot of witches, if not Moses that could change the CARROT into IRON ROD. Before the house, ransom your people … buy your land … from the devil’s hand.