The Answer Is Short: They Call It “NATIONAL INTEREST.”

Since the onset of TPLF regime, we, Ethiopians have staged hundreds of demonstrations at schools, on the streets of urban and rural cities in and out of the country. Still we do it just to tell the world that the charlatan regime of Ethiopia is not as it seems to be perceived as people oriented. Tons of gallons of ink have been consumed to write letters and placards to aware western governments that the political reality of the country is not as clean and straight as it looks from the angle of the international airport. All these efforts were and still are based on the wrong assumption that western countries could be unaware of the reality, beyond their view, on the other side of the bridge.

However, the fact is, both US and Europe know more than we do about the crimes which are being committed sponsored by their financial and military support. As long as these African leaders stay loyal to them and perfectly revolve in their orbit to satisfy their need, US and Europe see them not as dictators but romantic movie actors. 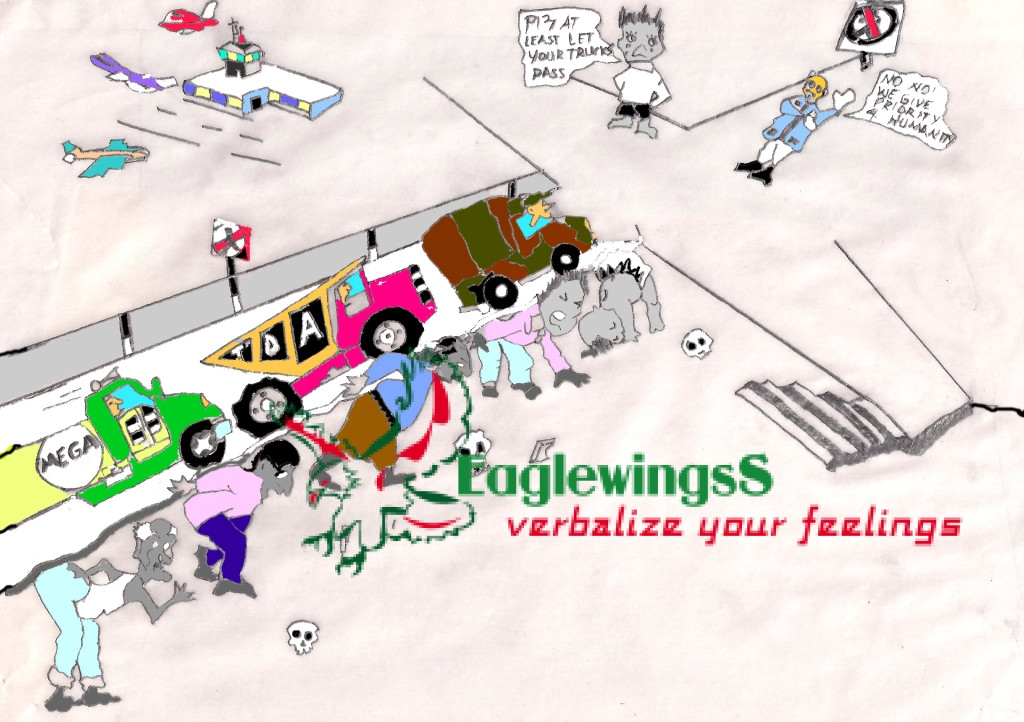 If not, where are those pro-democrat governments and institutions which are playing the “young and restless” to convict Omar Al Basher and Robert Mugabe for genocide and violation of human right, while Ethiopian leaders (better to call them Ethiopian looters) kill more than 1,200 people and displace over 50,000 Anuak? As History shows, it is not new when Ethiopian people become a cipher and receives almost no attention from western media and governments. When the Belarusian security apparatus crushed demonstrators who were out on Minsk streets against the manipulated presidential election and arrested 600 protestors, EU and US took the speed of Husain Bolt to impose travel sanction and asset freezes on more than 150 men of power. Yet, when TPLF led government executed 200 protesters and made more than 50, 000 arrests, they kept silent. One can question why was US and Europe came so fast to put sanction and asset freeze on Belarusian dictator Alexander Lukashenko’s political elite while exempting Meles Zenawi and his death merchants for the killing of innocent demonstrators in a broad day light? The answer is short: NATIONAL INTEREST.

Both US and Europe act meek when there is something they could wet their beak. Their swift or slow action to restore law and order is always hinge on some kind of interest they could get in return. It is immigration, terrorism, oil, ore or something else that brings them forward to rebuke or reward. Unfortunately US does not understand, whether for us or Sudanese, the blood that shed on the street means a lot more than the crude they dig out of the ground. I wish there is also a way that Norwegian politicians should comprehend the flesh and bone of our brothers and sisters which TPLF burns and turns in to ash is invaluable than YARA’s potash.

In Ethio-American case, the latter is being used by the former to serve as a bumper to crash “terrorism” in east Africa. Some years back, it took less than a week for Ethiopia to invade Somalia after General John Abizaid, the commander of US forces visited Addis Ababa to meet the then Ethiopian prime minister, Meles Zenawi. With all recklessness, we knew that the war Meles had fought was USA’s and the soldiers who died were ours.

Still now, Ethiopia jails it citizens without reason or trial, tortures and murder many of us, and habitually violates every code of human rights. But, either US or EU which love to brag about the value of human rights and freedom of speech say nothing to denounce the breach. On practical field, the pillar of their universal constitutional equality and Lisbon treaty washed away like kids’ seashore sand pyramid.

Take another example, without any commercial or political interest, there is no logic that Norway takes a heed to increase aid for Ethiopian tribal regime; as many other countries, including the neighboring Sweden reduced the amount on ground of human right violations. A few years ago, while the current Ethiopian regime was still in power, Norway cut about a third of its direct state aid to Ethiopia after six of its diplomats were expelled from Addis Ababa. The then Norwegian Foreign Minister Gahr Stoere said, it was not a “punishment” but a shortage of man power. Today, Norway has tripled its aid to the same object, dictatorial government. I wonder what the current Foreign Minister has to say about the increase. Of course, Minister of International Development, Erik Solheim has told us there is no connection between the aid and the current deportation deal between the two countries. If that is right, what else reason they have? Abundance of man power since papirløse asylums will be sent home?

They know it and we know it too that not a single kroner is spend invain unless there is some kind of gain. Neither side of this aid equation is purely developmental; rather it is fatal for us. It is my belief that when money falls in the hands of heartless elite, it becomes a weapon of mass distraction, obliterate the poor and the innocents. Otherwise, as they claimed it, if this huge grant is absolutely saint, let us hear what they have to respond for this month UN’s report which linked Norwegian development efforts to commercial interests in a war torn Somalia?