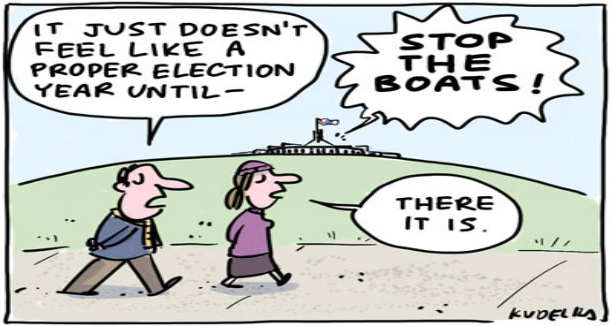 Politicians who fail to think and design better socio economic alternatives to stage competition in national election always peak asylum issues as a makeup manifesto. Particularly here in “Nord Land,” asylum is like a steroid; frequently used as a short cut to amass political muscles and improve weak election performance. Everywhere, hard line politicians abuse asylum as a political gym to build vote and to look “fit” for the conservatives’ interest.

Right here, it might be bulky to discuss the head and tail of asylum issues in detail. However, in Norway, all asylum seekers in general and Ethiopians in particular have been under biased treatments for years; and still we are. It seems like a martial law has been declared on us. Any politician or legal practitioner who gets the command can do anything to us and none of our political parties or concerned international bodies raise a helping hand. In a past few years, we, Ethiopians have staged two major hunger strikes that last for weeks. Unfortunately no gain has been recorded nor the situation gets better; rather it becomes worse and bitter.

I still remember, as the days went by and when those who were in the hunger strike got weak and exhausted without having any attention from the authorities; we all questioned “WHY” for the ignorance. Then, just to release the tension, one of us answered it in a joke like notion: “May be Her Honor Erna Solberg,” the then upper hand in the chain of command “thinks we (Ethiopians) are well experienced with hunger, to starve and survive for months referring the 1983/85 famine. That could be the reason why she does not show any interest.” For some people, this could be taken as a joke but not for us who are being treated as laboratory mice for each newly generated asylum policy.

I have no experience what it looks like in other place but here in Norway, the concerned bodies and decision makers treat asylums as some sort of economic plagues. Though majority of the Norwegian society feel so charitable towards asylum seekers and I do agree on that. In each statement, I need my readers to understand me that it is not the society which I am criticized, but the asylum politics which is really rotten inside out. Of course there are some group of the society that oppose our very existence and I don’t blame them either. Nobody expects everyone to be thoughtful about asylum seekers. In one way or another, the bigot politicians and the biased media have power to define what the local citizens think and how they act. In my ten years of experience I have never seen a well documented program or even a commercial made by the media industry on asylum seekers that could play a positive agenda setting role. In every news and journal that air on, asylum seekers are mercilessly demonized and criminalized to be perceived as asylum sinners.

Some still think all asylum seekers trapped in foreign land in search of financial or economic esteem. I have a clear memory of the excerpt I read online which was taken from The Norwegian Police Academy text:

“Imprisonment condition in Scandinavia, according to African standards, is purely luxury. Many young Africans have been deported from this country with a smile; they come back to their respective countries as heroes. According to their countries’ standards they have managed to become multimillionaires.”

Excuse us Dear Police Officer but many of us sacrificed our decent life, loving family, and well paid job to become alienated in foreign land, not for economic gain but for acute political pain.

For people who do not understand the mathematical formula of Ethiopian politics, we are “uninvited guests.” Those who simulate Norway’s serene political environment to define our experience as political opponents are really lost. Because, the denominator of the political equation we are calculating with the dictatorial regime of Ethiopia is not aquatic salmon but automatic GUN; that kills hundreds in seconds. The domain and range of the heated discussion we stage in our land is not pollution versus oil but haven against hell (life or death.) Every time we are out on the street in peaceful demonstration to stand against, our life and livelihood become the target. That is why most of us fled the country and became lame here. Sometimes when I meditate on the situation we are left in, I feel like living our old adage “killed my only wife and asked refugee in my mother-in-law’s cottage.”

Before I wind up, I must negate the concept of those who categorize us as culprits. Let me cite just one incident. Last year, when I went out for a candle lit vigil night to remember the innocents we lost in Utøya Island, I saw a friend and joined him. He lived in one of the Norwegian asylum camps for the last Eleven years and was really broke to afford a candle for the cause. However, when it was his turn, he just moved forward, prayed and put his cultural wrist band which was decorated with small beads of Ethiopia’s flag color beside the candles and the bunch of flowers laid on the local church’s yard. His act has caught the eyes of other Norwegians, just like it did to my heart. Even if the political system alienate us not to feel belong, the nation’s loss is ours! How criminalized we are being categorized, we live in pain whenever we remember the young and beloved ones we missed in the Island. We may or we may not be here again to honor our brothers and sisters; but, as we are humans, we do feel and live with the grief till we our self become earth’s guest.