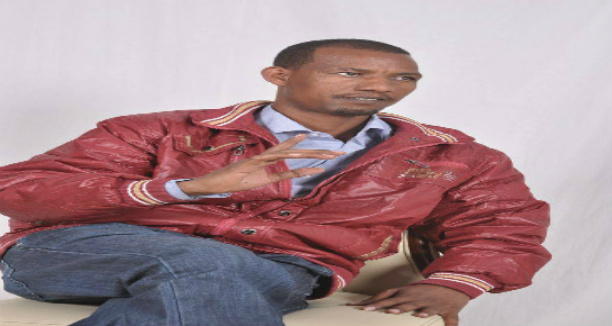 It is my pleasure to write this keynote in declaring Instructor Abraha Desta as our 2014 NATIONAL WING HONOR.

Since my co-admin said it all in detail, I will not waste time to reason out WHY we chose and crowned him. However, I feel impelled to make a few remarks.

It SHALL be noted that the winner is INVIOLABLE: He can not be sought, accused or questioned at any place or in any time for what EaglewingsS has said, written or done in honoring him!

As it could be anyone’s guess, honoring Abraha Desta was not easy for us. Not because he weighted less on our scale, but there was others too with the same mass. However, when we tuned our criteria to a one year lambda (wave length), we managed to receive his signal (performance) relatively louder and clearer than the others.

If fighting evil while taking a refuge in safe heaven is not easy, facing devil in his own territory is simply extraordinary. On top of his other remarkable accomplishments, this very reason has forced me to cast my vote for this man without a restriction; and I shall not excuse to myself or to my conscious to put him on the flying wings.

Let it be our culture to hide nothing and to play everything fair in open air. No one denies that certain men on highest rank from Tigray have been waging war against us. However; we shall not forget that these men do not define the whole tribe, and it would be a fatal error if any one locates Tigray as a capital of evil. Neither the good nor the bad a few men did shall be a premise to extrapolate the nature of the generation in general. As I said before, there is always an exception; and exception is the rule of life. The Author of nature, God, himself had the exceptional fruit in the Garden of Eden. After all, when it comes to politics, the question should always be what he/she does not where he/she belongs. Otherwise; have not been for our affiliation towards race electron, TPLF would not be able to monopolize such a brave nation for so long. Here, I must underline the fact that whether it comes from west or east, north or south, race and racism is not for EaglewingsS. It is our land, not our head which is under the control of our enemies; we are and we shall be clean of any racist thought.

Abraha Desta is an isotope in his place, not in his property (character.) If you interpret it positively, I dare to say he is a MUTANT, both in look and behavior. His is a man with a natural heart that does not beat with proud for tribal triumph. If we all agree TPLF is racist to favor only its own ilk, then, we must understand that the accusation issued against him and his political opinions is nothing but an attack on his special nationalistic sentiment.

For me, Abraha is capable to be a paramount bridge between the present and the future. As he is one of far-seeing citizens from Tigray, he has a potential to be not only the bonding shell but also the nucleus for our national integrity. We must support this man and other nationalists that spring up from the land where a few infamous leaders dare to declare in public that they have broken the backbone of our religion. Young deacons of democracy, like Abraha Desta should be encouraged in their effort to bring change inside the temple where the patriarch glorified into power with a gun powder in a thurible to preach as if justice were Jesus to await for it after death.

At last, I would recommend pooling all our strength together for Abreha’s world cup final: “BRAZIL Vs HOLLAND.” Yes, we are approaching for the last game: BROTHER Vs WHOLE-LAND. We feel proud as our EAGLE flies (cheers) for whole-land.