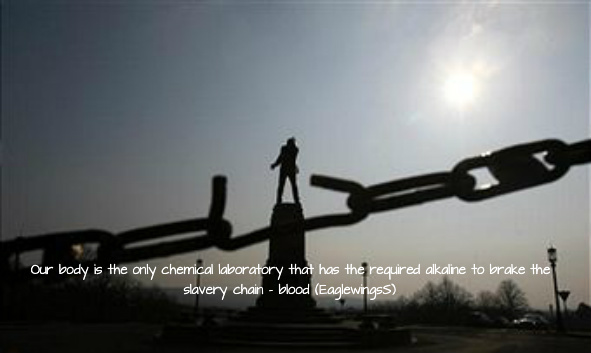 “I have no moral to ask people who are still suffering inhumane psychological slavery to go out and dance a freedom day razzmatazz. Set them free first. Then, I will have you from the youngest to the oldest on your street. Otherwise, it is amoral to demand enslaved people to turn their flesh into wax candles to burn and decorate a table that free men and women banquet on.

If you take the gag off and let them breathe the balmy air of freedom, they do not even wait on me or my friends to be organized. They would love to spend the night before on your square so that there will be no one ahead of them to lead the parade in the next morning.”

It was some years ago, a few days before The Norwegian National day (17th of May), that one of the influential state officials in the locality where I have been living called and asked to meet me in his office. I and two of my friends went to his spacious office in the city. There, he proposed us to organize asylum seekers (Ethiopians, Somalis, Eritreans, Afghans, Sudanese, Kurds …) who were living in the refugee camp to take part on that particular year’s national day procession. I was new and my asylum case was not  processed yet, but it was horrible to see humans locked up in a refugee camp for five and more years; falling apart both mentally and physically. Many men and women were sick and unable to leave their bed even for shopping. Others were psychologically tortured to lose the sanity of their mind that they used any sharp tool in their access to cut themselves, others, or damage near by objects. The place was a real asylum, a bedlam. While suffering under that gruesome environment, there, the state official was requesting us to organize these FORGOTTEN humans to go out and praise FREEDOM; freedom that sounds, for most of us, the FORBIDDEN fruit in the Garden of Eden. With all respect, I replied him what I quoted you above.

Whether my response was right or wrong to the readers’ judgment, if there is any chance that I will be asked again, I would not change a word, not even punctuation.

Of course, every nation has to be free and I am so glad today to have this opportunity on this web site to salute all pro freedom citizens of Norway: HAPPY BIRTHDAY!

I personally believe humans have two birthdays to celebrate:

Let your NATIONAL day be a NATURAL day for thousandth of asylum seekers you are imprisoning for years and years on your “liberated” land. Like the national flag, hoist your head up to see people that you locked them as wild animals for twenty six years in refugee camps. If you are pro freedom as you claim, give them their NATURAL right; FREE them from your Nazi-styled modern penitentiary.

The greatest evil is not now done in the sordid “dens of crime” that Dickens loved to paint. It is not done even in the concentration camps and labor camps. In those we see its final result. But it is conceived and ordered (moved, seconded, carried, and minuted) in clear carpeted, warmed, and well-lighted offices, by quite men with white collars and cut fingernails and smooth shaven cheeks who do not need to raise their voices. C. S. Lewis, Screwtape Letters

Freedom is indivisible. As long as one man is enslaved, no one is free. As you enjoy the very special day you have won your own constitution 200 years ago, be mindful of others you are enslaving on your very land. You are not freed to enjoy the blessing alone. You are not freed to enslave others either. You are freed to free and to fight for the freedom of others in or beyond your territory. FREEDOM is like the only SUN of our universe, every one has equal right to feel its warmth. Like the sun, Freedom has no kingdom. It must dawn and shine everywhere without limitation, there shall be no nation or land to be shadowed this universal light.

I would like to take this opportunity to address my country men and women. We have endured more than we could. Yet, we shall not give up as there is a hint of pink for the dawn of freedom at home.

No doubt that most of us are imprisoned on foreign land for political crimes foreigners did on our land. I met a few Norwegians who were active in their youth to participate door-to-door fund raising activities to support TPLF/EPLF during our civil war. Some of them, in their sixties, are still playing a decisive role in their own local socio-political arena. Once, I asked the person who was the co-ordinator of those youth groups that what logic or reason convinced them to invest their resources (time and money) in favor of the butcher (TPLF/EPLF?) Despite my expectation for a few minutes long reasoning, the answer was too short and depressing: “Humm … well … we did not have that much knowledge about politics or what was going on there (in Ethiopia) at that time … but, we felt like we found some cause to assist and it was like … you know … it always makes you feel proud, especially if you are young, to engage in any kind of political activities even without having a clear, defined, motive.” Sure it does! Particularly now. Nothing could make them proud than watching the rebel group they supported financially became the monster in power, tore apart the country and dispersed its people.

Yesterday, TPLF’s mortars bought on their generosity blown out our livelihood like a dust. Today, their greed is pulling out our spirit like a weed. Tomorrow, these oil rich politicians have enough resource to build a gas chamber; if possible, to export us like smoked salmons.

You have to show them that you’re really not scared
You’re playin’ with your life, this ain’t no truth or dare
They’ll kick you, then they beat you,
Then they’ll tell you it’s fair
So beat it, but you wanna be bad

Don’t wanna be a boy, you wanna be a man
You wanna stay alive, better do what you can

The Norwegian people and government have long enjoyed worldwide respect for their greatest humanitarian cause in the world. However, recently, that character has seemed to be washed away unredeemably. Money has become life for them, just like blood is for Dracula. I am not baseless to say this. Twenty five years ago, in 1989, The Norwegian Nobel Committee awarded the PEACE prize to Dalai Lama. Today in 2014, the Norwegian prime minister and other top officials refused to meet the wise guru propelled by a desire to improve economic and diplomatic relations with China.

It was the first time that top officials in Norway, which has historically portrayed itself as a bastion of political tolerance, had snubbed the Dalai Lama, a congenial 78-year-old Buddhist theologian who spends most of his time traveling and speaking about nonviolence and human rights. The New York Times, May 7, 2014.

What a political matrix! I think this is high time for Norwegian politicians to do a real soul-searching, to weigh their conscious to the manner in which they are performing their duty to their own people and the rest of the world.

Brothers and sisters, before I wind up, I must tell you this. Libertas, the goddess of freedom, is not a vegetarian. If we really need her to bless us, there should be blood to sacrifice on her altar. Return the missionaries’ bolshevik back to the Vikings. The GOSPEL they preached you on your land, in your rural churches, is nothing more than a GOSSIP on their land, in their Lutheran villages. Living the unimaginable misery of their immigration policy, by now, you have understood why the Norwegian state church travelled thousandth miles away to come to your hamlet and baptized you in Christianity that they do not live it in reality. They just wanted you to parrot Christ and say, “Oh Father, forgive them, for they do not know what they are doing” while being tormented.

Trust me, no matter how religious you are, sometimes it is necessary to swear on Saint Gun to convince a pagan. I am not advocating violence but in claiming one’s right and freedom from the most ruthless of this earth, I urge every man not only to do evil but also to become devil himself. Man shall die a reality than live a dream. Freedom is always wild at birth, only those who dare to go wilder can domesticate it at last.

Take a sit and count, how many freezing winters have you demonstrated out on the streets while the politicians were sweating off-jackets inside their heated offices, watching you through steam clouded windows? How many burning summers you marched out on the roads and became dehydrated while they were in bikini sunbathing on their balcony, licking frozen dessert, and enjoying your cry for international human right as a carnival chant? For how long will you keep doing this? There must be a change of strategy. We can not achieve justice with mere cry without a real, big sacrifice. I will assure you that neither the chill wind of winter nor the burning wave of summer is capable to corrode and break this chain of mental slavery. Chemistry has no acid, base, or any other composition for the cause. Our body is the only chemical laboratory that has the required alkaline to brake the chain – blood. I would not demand a noble peace prize for saying this, but at least, mentioning “blood” to claim our freedom must not be taken improper. Shirin Ebadi, the Noble PEACE Prize winner of 2003, once has said, “We will defend our country till the last drop of BLOOD.” Except sailing on our own blood, there is no railroad that could transport us to FREEDOM in life or to PATRIOTISM in death. Rephrase the already freed American rapper, 50 Cent,  and say: BREAK FREE OR DIE TRYING.