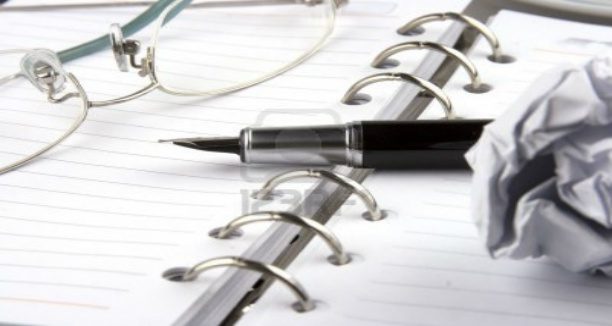 Majority of Ethiopians consider the last two decades as the cataclysm of nationalism. The purposely installed disunity and acrimony among the nation and nationalities, the wide spread of arrest and killing, the  increase in human rights violation, the dissatisfying spiritual life and freedom of religion, the low standard of education, the broadening of social inequalities, the reduction of horizons in all direction, you name it… All these are taxing the nation hard and fierce to re-bounce.

Prime Minister Hailemariam, as we are approaching Ethiopian Christmas, the birth of Christ, I just wanted to address you a few words of truth. With due respect for other religions’ thought and principle, you and I believe Christ as the WORD, the Truth. For this reason, I wrote you this simple but honest thought in the birth season of “the Truth.” Whether you are in the very heart of these crimes or not, there shall be none but you to address this note. However, before proceeding any further, I would like to put a disclaimer for my paper:

With the little knowledge and understanding I have today, I would be the very unfortunate person if I try to preach you any word of gospel. I assure you, I would not do.

Yet, your silence and indifferent act on issues that matter us most gave me no political door to enter; except a narrow spiritual hole from the Old Testament. I do not know which theorem or subject to cite to reason out. Because, whether it is in Protestant, Catholic, Orthodox, Islam, Buddhism, Hinduism, or whatever, there are a few individuals who think religion as genetics, hereditary that passes from generation to generation through a genetic makeup. They follow it merely because it has been practiced by their ancestors. For others, it is geography; a territory that is defined by latitude and longitude. What they believe is simply a predominantly practiced belief associated with the place where they live across space. They do not have one primal religion to follow. They change it frequently as they move from place to place, from continent to continent. Still, great deals of people define religion as economics; that must guarantee bread on the table. They follow God or any other supernatural force that could meet their material need. These people flee away, become pagan, on rainy day. Like a pendulum, they move back and forth dangling on one religion. Their devotion or faith fluctuates like a stock market graph on a “balance of trade” of their household demand.

Prime Minister Hailemariam, though it is my own philosophy that human eyes and ears are SENSE but not TRUTH organs to believe everything what we see and hear, let me rule it out for today and take you as a “born again” Christian. I am not clued how you define religion based on my observation above. However, for the sake of honest and worthy thought, let me assume that you fall in neither of the categories but humbly define and practice religion as LIFE and TRUTH. Follow the Almighty God who is the source of life and live His words which are the truth.

If that is so, Prime Minister, how do you justify your faith when millions are being dislocated, countless are becoming destitute, thousandth are being shipped to slavery, hundreds are facing incarceration and torture right in front of your eyes, under your leadership and power? How do you see yourself as a worshiper of Life while being instrumental to introduce diseases and death into the land where God wishes life and appointed you as the keeper of souls? In pagan communist words, while you and your party are destroying life on the very land where science claims to be the birth place, origin of Homo sapiens?

If you are unable to exercise this “God-given” opportunity for the befit of the country, it is also biblical to civilize your spiritual desire over the greed of power to relinquish secular authority. As I put it earlier, I hardly see you at the muscle end of this power to set a new order. Even so, I have no doubt that if you resign, desert evilness, the tap of your walk will be audible enough to cause at least a wake if not a quake.

Only a few and the minority would be appalled of this as the majority would applaud and slaughter the fattened calf.

Choose where you belong. The time is not far off before the power keg explodes. Dare it to honor the TRUTH, raise your head and make the choice to LIVE the prodigal son or you will DIE Prince Absalom.

In deed, you are living the prodigal son as you are working with and for the pigs; become one of those mindless greedy creatures which are oblivious to the need of others. Yet, the literal pigs have a good excuse since they are animals without critical thought. If you and your power men were not engulfed by pure selfishness, you and your peer are created in the image of God who should have empathy and concern for the millions who are being imprisoned, tortured, and killed right in front of your eyes.

Prime Minister Hailemariam, open your eyes, look around, do you really feel comfortable working with and for the voracious pigs? It is time to lift up your head and walk straight that no one suffers injustice on the land God appointed you as the reinforcer of His rules. Stand up! Enough to live and take orders in silence!  Denounce the criminal acts being committed against your own people in and out of the motherland. The silence when our young are exported, exploited and butchered like a live cattle is not a synonym act to show your diligence to the word of Jesus by saying “My kingdom is not of this earth.”

I strongly advise you to stand out for what is RIGHT and JUST in the eyes of God or to leave the office with grace.  Do not be instrumental for the crime against His people to embrace hell, to fall prince Absalom who disgraced his fatherland and ashamed Jerusalem (motherland and Ethiopia in our case.)

Yet, the choice is purely yours; to have a gut and say: “I have sinned against the country and against the nation” or to keep embarrassing the land, disgracing the house of your father that later you will be javelined while hanging in midair.

The nation is forgiving to kill the fatted calf on your return. You have quite many live witnesses of authorities who had been welcomed by the widely stretched arms of the people which they, knowingly or unknowingly, wounded and bruised while working with the pigs. Otherwise, if you keep mum when the rule of law becomes a sham, let the sin of disrespect be upon your head when the people and history proclaim the truth that your authoritative chair is a WHEELCHAIR, your fame and name nothing but PM SHAME.