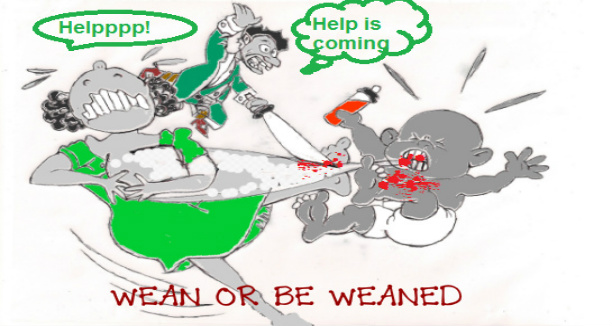 As the nation’s general election getting closer, debates on whether the oppositions should participate or not is gathering up momentum. Of course; as it was, it will be a one-horse-race. Be it the past or the future, the upcoming or the distant, as long as “EPRDF” is embedded in the Election Board, the final result is sealed with gun way before it runs. Whether the opposition parties would participate or boycott the election, there is no doubt that TPLF will be crowned at last. For our overnight millionaire “politicians” who have been living self-before-service for the last twenty-four years, this is not a political election to win or to lose. It is an economic poll, a sustenance of greed, wean or be weaned. Unfortunately, their rapacity has also made our choice limited: rule or rude.

The Election heat at 2015°Far-nights must be the melting point of our tolerance for injustice; the boiling point of our anger for any sort of dictator. Being pioneer in African struggle for independence, yet living in slavery in the 21st century is simply disgraceful for this ancient nation of decent. Suffering this far from a few individuals’ bigotry would be a historical shame for the country.

Whoever wins the coming election, ENOUGH is ENOUGH! In moral or mortar, they lead us no more. Though it is their ingenuity to manipulate truth to enjoy a falsehood fruit, it should be our duty to make sure that their bite does not taste sweet on their tongue. Sterilization does not always need emasculation, removal of the particular organ. It could also be achieved by crushing the valves, leaving the organ hanging freely on its place. If they want,  they can cement their butt to the chair; that is not the current big deal. When the time comes, we will paralyze them like a Hadean phantom.

Our critical assignment is to designate the right person who is to be clothed with the national trust. It is demanding to heed North Africans’ experience so that our revolutionary spring should not bounce us beyond the balmy summer into a chilly winter.

As much as I do not tolerate the looters on power any more, I do not bear any opposition group galloping down to the office on a back of disdain, smear, and intimidation horse. We have suffered enough from TPLF’s social and moral bankruptcy. Here after, the accounting principle of our politics should not be DIDO: Dictator-In-Dictator-Out. We have to be careful where to stand. A group that threatens individuals today, never refrain to terrorize the whole land tomorrow. If a group’s reasoning power is arrogance at present, no doubt that its management tools become tyrannous afterwards.

As I always say, since one group or party is at the other side of the aisle to oppose the tribal regime, we shall not keep mum when its political pursuit goes wild to harm basic individual rights. Remember, we are not after a quick victory to power. We are out looking for a lasting defeat over these tribal, sadist. Our brothers and sisters are vegetating in prisons, bleeding and dying on streets, not for a new CHAIN but for a new CHANGE. Day in, day out, the nation is not demonstrating to topple one dictator to top another. Party leaders who have a dream to become national leaders need to understand this simple truth and live up to the nation’s expectation. My advice for you is: in politics, words are spirit. They will never die. What comes out of your mouth today, every single phrase you breathe now, will guard or haunt you tomorrow, either as a good or bad spirit. Thus, beware when you dare to lie and/or swear.

At last, let us leave evolution for Darwin. Life is in a constant revolution. As long as there is injustice and inequality in life, the ruling law is survival of THE FIGHTEST. Wherever and whenever there is oppression, do not fit it to survive; fight it to revive! It is imminent that we are going to build our new UTOPIA. If we did it in 2005, we can do it better ten years later, in 2015. It does not take long before men and women, big and little ones, nation and nationalities, muslims and christians gather together and praise The Most High … to say: God Bless, it ends! Allahu Akbar, it is over!