Humanity or A Complete Absurdity?

The Aristocracy of Mercy

The ceremony of innocence is drowned;

The best lack conviction, while the worst

Are full of Passionate intensity

After I saw Margreth Olin’s documentary film “De Andre,” my brain was busy trying to define HUMANITY.  One of the Afghan teenagers who took part in the documentary says “there is NO HUMANITY … trust me, the humanity I heard and studied is not here in Norway.” The teenager who escaped death by the skin of his teeth was told to stay in the refugee camp till he turns eighteen to be deported. Does a Norwegian refugee camp mean a ranch where animals fattening take place before moving the subject to an abattoir? May be YES;  the only difference is, here in the camp you don’t see any process of “fattening” but a continuous torture of mind and body that results memory falling and grace fading. Before closing my first paragraph, as there is a huge difference, I would like to make a clear demarcation between the civil Norwegian society and its political actors and actresses. In fact most of us who live as asylum seekers in Norway sustain our life by diluting the curse and bitter treatment of Norwegian authorities with the love and care of the civic society.

Back in homeland, especially in third world, we used to see Norway acting angel-minus-wings in so many humanitarian projects and peace making process. There were infinite Norwegian non-governmental organizations that run here and there across the continent for “holly” aims. However, unless living as an asylum and having an in-situ experience in far north, who the hell can tell those were fake aid agencies with fake humanitarian policies. I am not afraid to repeat what I said as the humanity we have found and experienced here is out of the ordinary. I can say Norway’s politicians show off to pay the highest price for humanity at the international market while retails it for no cent in the local market. For many of asylum seekers living in the country’s refugee cages, “humanity” has come to mean little more than a mirage.

Still I am asking myself … what is Humanity? Is it really a human to help some one who is in danger? As of my own philosophy, humanity can not be defined as showing sympathy and extending a helping hand for people who are in trouble. There are many incidents that we can count on animals to save our very lives. For instance, when a great shark badly attacked surfer Todd Endris’s right leg and removed his back skin like a banana peel, a group of dolphins came to aid, circled the surfer and blocked the shark’s access to him. That made it possible to Endris to catch a wave back to the shore on his board and get medical help. If you say that is not enough, one Sunday evening, an 11-year-old boy named Austin Forman from British Colombia was out to collect wood for his family’s wood-burning furnace and came face to face with a hungry cougar. Within moments when the cougar tried to pounce on Austin from less than 10 feet away, Angel, the family dog, jumped directly into the big cat’s path and bore the brunt of the attack instead. 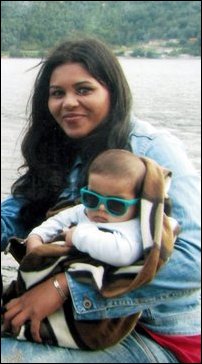 For sure, you might wonder why I came this far. Yes, helping a person who is already in danger is not a distinctive behavior of human to be called HUMANITY. Animals could also do that successfully. As of me, humanity should be helping a person way before getting in trouble. Unlike animals, we, humans are created in the image of God and blessed to think and see things before hand.

The concept of humanity becomes palatable when we are able to ransom people before falling in trouble; not after. Norwegian politicians and authorities need to understand this concept. Ignoring the cry of a person who is suffering glaucoma and waiting until he looses his sight to provide him a walking stick is neither humanity nor generosity.

A 24-year-old Garolin Vinotha was one of the Tamil Tiger soldiers who came to Norway and asked asylum. After being denied the protection and told to be deported, she feared she would be interrogated and tortured by the Sri Lanka Army back home. Thence, she killed herself along with her 20-month-old baby boy on 16 January in a refugee centre of Førde, western Norway. Later, her brother Parath Nesarajah was given a visa and flew down from Sir Lanka to attend his sister’s funeral. Help me out; what shall we call this act: Humanity? Generosity? Or a complete absurdity?

UDI must realize the consequence and danger following its irresponsible answer. The office shall live up to its responsibility and name as UTLANDING DIRECTORATE of IMMIGRATION; and stop treating asylums in statistics as if humans are numbers. Then, I would make up my mind and stop assuming UDI as Underground Department of Inhumanity.