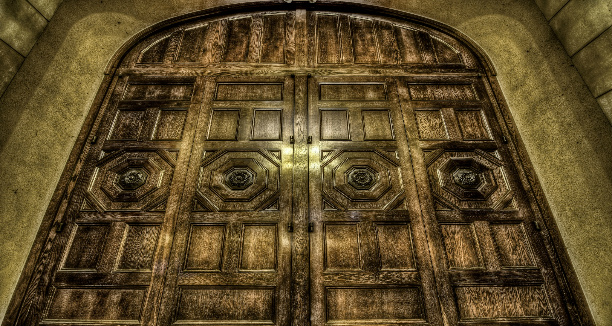 Let No Politician Without A Heart Enter This!

The door of politics should bear a golden engraved warning that reads: LET NO POLITICIAN WITHOUT A HEART ENTER THIS!

I don’t really agree the taxonomy that filed politics as the discipline of science. Every time when I hear one saying he/she is a graduate of political science, I feel uncomfortable. To my rational judgment, politics is the ART and SCIENCE of intellect. Semantically, intellect doesn’t rule out a distilled humane sentiment; clean and clear from any ism and schism impurities. Thus, as a rule of thumb, the only organ that hives this sentiment is the heart.

Before moving any further, let me make something clear here. You might be confused as I used the term “taxonomy ” above, and even questioned yourself if I misunderstood politics for some sort of organism. Yes! For me, politics is life though not all politicians are fully alive; some are half dead in their head. No one is bound to my thought, but I believe it is our political/human rights that make us feel alive and productive. Having and securing the soul intact, a person without his/her rights is like a bee without its flowers and hive; not any better than a dumpster fly. Our rights give refuge for our souls and spirits that we feel safe and alive.

Said and set that aside, a few weeks ago, the Norwegian government was on a “get set ” mode to deport considerable number of Syrian refugees without giving them a legal hearing. In fact, as I said it before to my own lawyer, it is their land and it is their law that they “can” bend or break it wherever and whenever they see it “fit.” However; justice knows no boundary to justify bigotry. Moreover, The Most High created the earth thence people shall LIVE ON, not be LOCKED IN or treated bad for a lame racial reason. That is why I came out with this small note.

When racist politicians win power in a game of chance, their moves are branded with hatred. The current repatriation deal between the Norwegian Government and the Ethiopian regime is not that the exception. They made it in the past and would do it in the future as long as they have this common attribute: HATE. As the current Norwegian government hates asylum seekers and the tribal Ethiopian regime feels strong aversion towards the rest of its own citizens, the deal is not a subject of riddle.  What I couldn’t understand is the reason behind the immediate resignation of those two officials who made it happen in 2012 and 2016. Why both Torgeir Larsen and Joran Kallemyr, who were serving as the state secretary and signed the treaty in 2012 and 2016 respectively, left the office just a few weeks after their return from Addis?

The sash of fortune is darker than the shroud of ignorance to cloud the faculties of mind. The most affluent are the most irrational in their judgments. When ignorance wedded to wealth, always give birth to twins: racism and despotism. I have seen and lived with this fact for a good deal of years now. If you doubt my experience, hold your horses and cross your fingers that the US republican candidate Donald Trump could secure his sit in the oval office. Then, not only you but the whole world in chaos would become my witnesses. When hate is politics, brain has no use. Any mutant with a coiled large intestine, instead of brain, can make it to the top to turn law and order upside down.

Before hitting the “publish ” button, I have a few lines of advice for the Draconians who mimic hard to imitate the Samaritans. Please, play politics as an ideological chess with order, intellect, design, foresight, and kindness. No person is born without a heart. You have one, just activate it and feel human. HATE is curable with a free psychotherapy called LOVE. Show respect for people who are in the same situation that you were in yesterday. Do not lay your eyes ONLY on who you are today. Remember your past; that will motivate your sense to learn sympathy if not empathy. Kicking those who are already fallen doesn’t make you the real IRON woman/man.

Even if you treat us like a Balaam’s ass just for watching and telling the truth, we will never keep silent when you wrong others. How narrow and full of troubles is our road, be sure that cheering evil is something that we never did nor ever would for any psychological or physical torture. Our words might be too weak to penetrate your HATE armored head or to stop the advance of your racial sword. But, as Ralph Waldo Emerson said: sometimes, even a scream is better than a thesis.