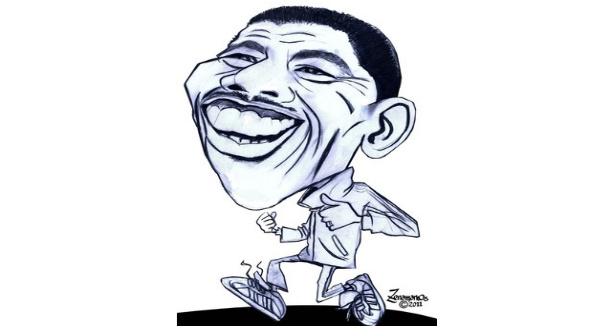 All men dream, but not equally. Those who dream by night in the dusty recesses of their minds, wake in the day to find that it was vanity: but the dreamers of the day are dangerous men, for they may act on their dreams with open eyes, to make them possible.

In the last two weeks, out of all issues that have been said and/or done in the country, I managed none to label it as MAIN that worth the discussion. Rather than wasting my time on the design and paint of the city train, I shall devote my paper on something that I been slept over for sometime.

I always question myself if Graham Green was right when he wrote his novel The Third man. Does our, in general human, progress require violence and cruelty to drive it? Some scholars strongly believe that the two world wars generated a huge amount of scientific research that gave us the benefits far quicker than peace would have done. They even zoom in the scope to civil war and claim that Italy’s thirty years of warfare, terror, murder and bloodshed under the Borgias produced Michelangelo, Leonardo da Vinci, and the Renaissance. On other hand, as of their logic, Switzerland’s five hundred years of peace and democracy created nothing but “The cuckoo clock.”

What about the war we are dealing for decades if not for centuries? Does it give birth to any innovation that could be taken as a grant in the national, continental or international level? Are there any individuals in science, art, sport or any form of profession to be praised as a blessing to the country, to the world wide community?  Your list might be numbered in pages but I just got a few individuals counted on one hand fingers. Of course, athlete Haile Gebresselassie is included. The man on Cheetah’s feet is one of the renowned athletes; and I am not going to discuss his great achievements. However, something has always been in my mind since the runner disclosed his interest to enroll in a new form of race, politics. 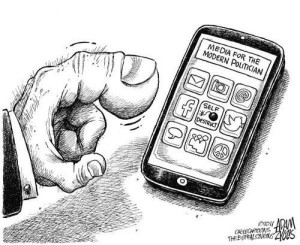 The remarkable success of the great runner Haile Gebressiassie is a striking example to the whole nation from which we learn many lessons. Yet, despite my admiration and respect, I am far from convinced to dream him as the head of the state. Politics is not all about fame. Running might … remember I said might … be all about strong and fast feet but leadership in politics needs something else, mind and heart.  Just for this time, exempting him from the mind realm, I wonder if Haile has done anything good for the country’s poor. There was a time when the Ex Prime Minister went far to say: if you ask me about Haile Geberesselassie, I know that he is a runner and nothing more. But, if you ask me about Chachi Tadesse, there is a lot I can discuss about. Sure, with all excuse to my ignorance, can anyone educate me what Haile did or does to the neglected mass? I mean, apart from his profit making hotels and resorts? Is there any charity or act of Samaritan that tagged to the sport tycoon? I feel like dreaming to run such a big office calls for warming up on the field of “service before self.”

On our land, politics has become like holy water; everyone helps himself to it. I have no problem with that but sitting on the presidential desk is not as easy as running on the racing track. Haile must treat his wife as Empress Tayitu to value her doubt before losing the next bet. The rule of politics is quite different from athletics. Especially in a very volatile situation like ours where the illiterate racists misread ballot as bullet, those three command start when racing: on your mark, get set, and go could be interpreted as marked, got shot, and gone. The gun they are utilizing more often than the tooth brush is not electric toy weapon that we see on Olympics game. It is real! It is fatal and fired to kill. Its sound does not signal the start of the race but the end of the case.  I am neither threatening nor scaring him but warning the danger of his whim.

We must be mindful for the fact that Adam Smith’s economic growth path is bumpy, sloppy, and full of rack; not smooth and comfortable as Mondo’s track.  Those following behind are not always capable to keep the fight like Paul Tergat. We got the poor to be waited, the weak to be carried, and the neglect who demands special care and interest. Running fast is not the only rule of the game. Sometimes, walking slowly, pausing patiently and if necessary treading side ward across the laps deserve the reward to fill the living gap. The devotion to bridge a socio-economic gap is more complex and pretty more sensitive than devotion to break Olympic records. Running for gold medal is one thing and leading the mass for societal goal is another.  If there is any luck that could reward Haile with the presidential seat, it is nothing but race which is the current common wisdom of our politics.

Haile Geberesselassie is not the only celebrity who tried to parlay his professional triumphant into political power. There are some individuals who believe that if they are capable of doing it in sport, art, or business; they could do it in politics.  The actor Ronald Regan, the body builder Arnold Schwarzenegger, and the Filipino boxer Manny Pacquiao are among those who assumed or at least tried a post in the political command. Even so; we must agree that, in Ethiopia with all our socio-political drop-offs and the need for high degree of leadership to deal with these challenges, the success of USA or Philippine is quite unacceptable. Having “uppercut” in box does not guarantee a shortcut in politics. The long distance runner and winner of a marathon could be disqualified or even unfit to the endless development lane. I strongly advise Haile Geberesselassie not to close the ledger of his legacy by balancing his professional fame with a political shame.

To my eyes, Haile seems innocent and clean of fame corrosion. Even if he is far tangled in a matrix of lucrative private business relationships, I do not question him as a potentially interested individual who is after any money laundry formula. Otherwise, the right to limitless profit-seeking has always been at the center of our political power drive: “sishome yalbela … sishar yikochewal.”  Once, William Browder, a U.S. money manager said, “there is a certain chemical that gets released in your stomach when you make ten times your money. And it is called addictive.”