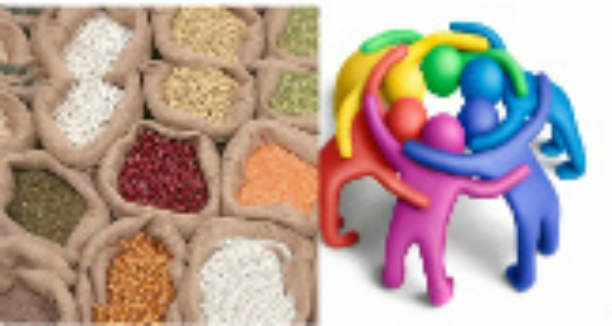 The Kind Of Politics And Politicians We Need To See Today

“My son, you are too young. You have a lot of other choices than politics; let me advise you … just leave this dirty thing called politics and get your life in your profession. Look, when I was young like you, I was energetic and frantic about politics. But one night, Mengistu’s cadres came to my home, took me out and beaten me hard and I lost all my teeth … I recommend you as one of my sons to leave this dirty life.” That was prison Chief Mohammed Hassen Arbae’s word … pointing me to his artificial set of upper jaw while I was sitting in front of his desk for “question” in Zone Three Woreda Police station.

I think the old EPRDF prison boss has understood, even paid the price of politics but I am not sure if he really understands the concept of politics. How could one live a life without politics? It is my philosophy that LIFE ITSELF IS POLITICS. The life we live alone, in a family, in a community, in a nation, and even further at international level is politics that demands day to day political decisions and commitments. No body live being neutral for politics; we always carry a charge, either positive or negative. Our abstinence from politics doesn’t immune us from the good or bad effect of politicians’ decision.

Therefore, politicians who are at the front taking the leading role for good must understand that politics means a lot more than grade seven text book. When I say this, I am not ignoring my silence and pointing on others weakness. However, those who control the power must always qualify themselves in mind and body to lead the mass. We need to see them on the battle field far from home, not in 5 star hotels conference room. Let us hear them discourse standing on a Russian T-95 tank, not on a paltalk room mic. If they are ready to get wound for the aim, we are ready to die. Show us a bit, we claim the whole. That is the kind of politics and politicians we need to see today.

I shall make Norway the center of my critics and I definitely know that criticism defeats itself when it is rude and imbalance. But we shouldn’t turn a blind eye to serious matters regarding leaders and communities that affect our life. I believe positive criticism doesn’t harm unity rather it makes it stronger and live longer. For me, keeping silent while we could make constructive criticism is self-imposed violation of human right. Here, I am not criticizing any individual, but the whole system. If any subject was my concern, I would rather contact him in person.

Sometimes, based on my experience, I get confused on these two concepts: Ethiopian Community and Ethiopian Commodity? It is not because of dilution of effort but the later has completely devoured the former. During the deportation turmoil, except a very few of private voluntary individuals, the actions taken by Ethiopian community or the “Facilitating Group” were unsure, divided, poorly organized and it can best be described as PARALYZED.

Don’t get me wrong, I am not saying that we don’t have any other issue which is more critical than the Ethio-Norway deportation scheme. But, in this deal, the stake is so high that could sabotage the struggle in and outside the country to overthrow the regime. A step of Jens Stoltenberg today, could entice a marathon of Europe tomorrow to accept the Ethiopian regime as democratic ally. The Ethiopian community must understand that selling injera, shiro, berberie, and onion is not what we are expecting from the union. Honestly speaking, I don’t care who came to the leadership either through democratic choice or dramatic relay of power; what I care to see is these people revolutionizing it to a real community, instead of evolving it to a food retail grocery.

I rarely see Ethiopian community or any political party holds responsibility or play supporting and protecting role to asylum seekers in and out of the refugee shelters. I wonder, how many times these leaders paid a visit for brothers and sisters who were exiled in waiting (deportation) camps for years; at least to see their condition leave aside to shout their pain before being deported and thrown into the regime’s snug den.

Lastly, I want to emphasize that if we think the primary concern of the Ethiopian community is serving only those who won Norwegian asylum lotto, well that would be a massive mistake and betrayal of the institution’s fundamental value. Whether we like it or not, trust or doubt, under this concept of Europeanism, colored people (with or without paper) are on the verge of new opportunity or risk either to break free or to be minored together. I know, the time is neither late nor early to call for continent wide action, but here, I shall limit my advice nation wide that the political parties and the Ethiopian community must stop getting bogged down for their petty advantages and crumb status quo. Of course, for some of you, it is challenging to help the struggle of the paperless and closing the gap you are enjoying over your own people, but CHANGE IS INEVITABLE.