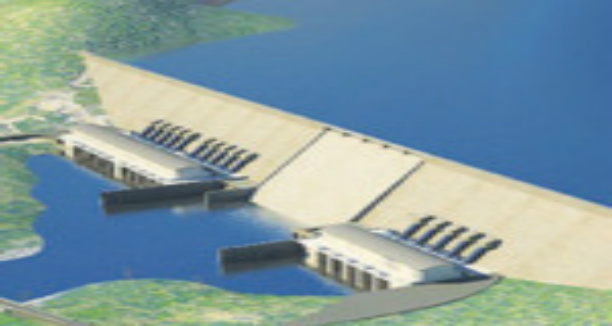 Is “Project X” Gonna Be Renamed After Ex-PM Asres?

Legions of EPRDF men and women not only respect the deceased Prime Minister Meles Zenawi as a great leader, but also worship him as a creator. Today, looking them running up and down to memorize his death, I was expecting them to rename the dam after him

It has been years since the ex-prime minister’s middle name becomes Hidase. Of course, it is true that we have never been this much into the issue of the dam before; nevertheless, I don’t accept Bereket Simon’s gospel that preaches the construction of the dam as a brainchild of the late prime minister.  Most of us understood the significance of Nile and its potential value for the country’s economy way before correctly naming a river that crosses our village. There is nothing to tag the ex-prime minister with the idea of the dam unless EPRDF wants to use it as an emblem for election and deception.

Leaving aside the IDEA, even the TIMING of the dam’s construction could not be pinned as a “brainchild” for the ex prime minister or his party. The truth is, despite the old age intention, western countries and their third world’s economy bulldozers (IMF and World Bank) were playing foul to tackle the notion. There had been numerous incidents that the plan couldn’t even be materialized on paper. But now, the question is why are we left free to come this far? Do they need to create a cloud of threat and instability on the sky of Egypt’s politics? Are they using Ethiopia’s dam as instrumental to tame the anti-western politics which was balmy a few years ago and becomes a tsunami after Muslim brother hood came to power?  Who is credited for the TIMING of the dam construction, EPRDF and Meles or the bogus good will of westerners and US?  Of course, they are trying to say “we got the clean nose” withholding their horse, making no financial or technical support for the cause.

Here, don’t get me wrong, I am not against the construction of the dam as long as it is for the benefit of the country. Some years ago, the South Korean television station ran a massive campaign calling on citizens to donate their gold jewelry so that it could be melted down and used to pay off the country’s debt. In just a few weeks, three million people had handed over necklaces, earrings, sports medals and trophies. One woman denoted her wedding ring, and a cardinal donated his golden cross. Two hundreds tons of gold collected, which was described as enough. Today, if we had a government that builds a society instead of a dam, I wouldn’t even mind to donate my gold tooth, and chew with the gum.

But, if I am asked for the Hidase … well, who would guarantee me that the dam which was originally called “Project X” then became The Millennium Dam, and again renamed Grand Ethiopian Renaissance Dam, will never be end as The Grand Asres  … after the ex-prime minister Meles Zenawi Asres?