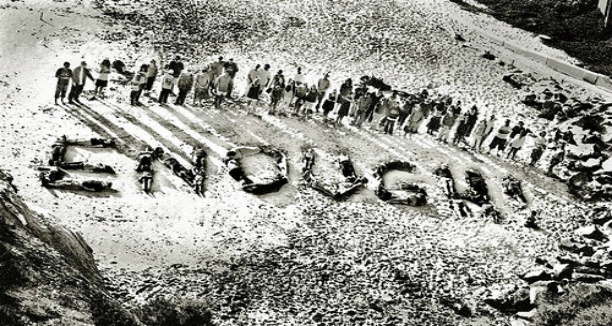 Enough To Shed blood In The Name Of Oromo!

After keeping myself out of the line for a week, finally, I decided to say something for hearing such hateful words to my own ears. In fact, when a national interest is at stake, neutrality is a capital sin.

Honestly, as I write this note, I feel the invisible victims sitting in front of me, searching my face for the empathy, studying my words for objectivity. Even if the statement above threw me into temper, I tried hard to tame the anger and keep my fingers balanced; not to distort any thought under the influence of sentiment. I will not go fully into the subject as it requires time, evidence and proper place to dissect the myth from the facts.  Still, I strongly believe we must not try to solve the problem by letting aside  the question, or by exaggerating the concern.

We shall not deny the invaluable loss of life and the destruction of livelihood that was done then. As it was before, damage is still unavoidable consequence of war. But, is it really necessary to overreact to this magnitude? Label the expansion war as “genocide” and make poisonous rhetoric to instigate havoc? It is true that no one feels the pain as deep as the Oromo victims. This does not mean we are naive to feel the blade of the knife.  Any citizen of the country shares the grief of those who carried the scar. Honestly, I do. Unfortunately, the damage is already done and we can not avoid or deny it now. I know, I agree, it is not easy to pass it on a simple word- SORRY! It needs a deep discussion. Both ends must indulge ourselves in a genuine effort to find solution, to reconcile and coexist together. We are human, rational thinkers. Our attitude to apologize or to forgive must not be frozen. Our belief must not be inflexible on what was acceptable in the past or unacceptable at present. We need cool heads and steady nerves to see the real causes; as we need courage and firmness to admit unwanted results. It takes more than one to agree and live in peace.

As far as I know, no one claims Menelik II as a perfect Emperor.  No one denies his harsh moves that turned his own citizens into enemies; as no one forgets his bravery acts that turned millions of his enemies into admirers.

If there is anything that I boost on Menelik II, it is not on his victory against Oromo or any other nation and nationalities, but against the foreign invaders. When I praise Menelik II, it is not for the destruction of livelihood his army caused yesterday, but for the identity pride and national development I owe him today. He is the greatest visionary of civilization. Even on the far end of modernization, the-deceased-Menelik II plays significant role more than the-living-TPLF to sustain life of many Amhara, Oromo, and other poor Ethiopians who draw their livelihood from selling coal, leaf and firewood; crediting the eucalyptus tree he introduced.

I am not entitled, not even a member, to make any statement regarding Blue Party. But, I do not think its memorial celebration act is a nostalgia for the “Amhara‘s dynasty or dominance.”  That was the party’s moral move to challenge the current regime which works hard to wipe out Ethiopia and Ethiopianism from any future reference book of history and geography. Otherwise, if there is any party or group that work harder to civilize over the Oromo people, I do not care if I fall in Jimma or in Addis fighting for and with my Oromo friends. Those who know me in person and read this note are live witnesses without any grudge when I admit in public that my best of bests friend is an Oromo who dare his life following me from prison to prison across cities. I can not trade such a great brother-like-friend to any injustice of the past or dominance of the future. I am grateful to the Oromo nation for giving me such a man of heart and mind which is the purest kind.

At last, I must make a remark to those few blood thirsty individuals who are lurking behind this skirmish. If you wish to quit the fight to become servants, give it an end without any pretext. Go ahead, jump, leap-frog and join EPRDF. Otherwise, such a game under the name of brave and historical Oromo people is disgusting and unendurable. Your hidden agenda is detected. Your poisonous act is already disclosed. If you knew the cause the Oromo people fought together with Menelik II until death, you should be proud of it as your own history.

After all, the notable singer Teddy Afro did not praise Menelik II on his war against Oromo people. He did not refer Menelik II as Amhara or as Ethiopian even, but as an African man (TIKUR SEW (black people).) It is neither our nor Teddy’s power to annihilate the memory and work of this most durable African figure. It is weird yet not hard to understand why you brought a year old hit into a lime light to start this massive defaming act. You better stop the pursuit of personal destruction and get on the national life. Your non stop rubbish talk does not do us any good; not even a six pack to your green, tchat chewing tongue. We have a lot of political issues to address, alive genociders to face, and real opportunities to seize following the incredible unity we have formed recently. Hunger, fear, torture, moral degradation, killing, and imprisonment flames are rising up to the heavens. Do not try to kindle an already extinguished fire that burned more than enough citizens.

Though you are men of the old, putrefied norm that cursed inter-tribe marital grace, I say shame on you not on the age. Your public discourse disclosed your paralyzed mind to retrieve what you did last night leave aside what you heard a century back. The Oromo people I know, grown up with, live and fight together have got a Ferrari motor brain to think fast, to see and reach the future ahead of you or anyone else. You are doomed to die alone with your hate and racist thought. Your hidden agenda is not beyond the reach of anyone’s analytical approach. You are born destructionists who play hard to look scholar moralists. Neither I nor my Oromo friends miss your hidden purpose; your slow motion move to perpetuate the crime committed in Arbaba Gugu, Bedeno and other places.

Here, I must emphasize to the targeted “Amhara group” and to the rest that these individuals are just a few uncultured beings who do not represent the mass decent, peace loving Oromo people. Their ultimate mission is to destroy the very fabric of our historical unity.

We, both Amhara and Oromo people, must understand the malign demagogue behind this intrigue. The common avenue of freedom which we are marching on side by side has been hijacked by some evil force that looses its interest on our progress. If we are not given a way with words (negotiation), the utmost value of freedom forces us to open a passage with swords. It is a moral duty to help those who disrupt peace to rest in peace. Everything must have a limit, even love and respect. If tolerance produces so many ungrateful, unlearned, and untamed bulls that disrupt order, we must play our role as a matador. Right here, I know I posed myself comfortable into their target to be pictured as a “musketeer.” Yet, it does not matter for the sake of unity, peace, and integrity among the Amharas, Oromos, Somalis, Tigrains, Sidamas, Benishangul … and all nation and nationalities.