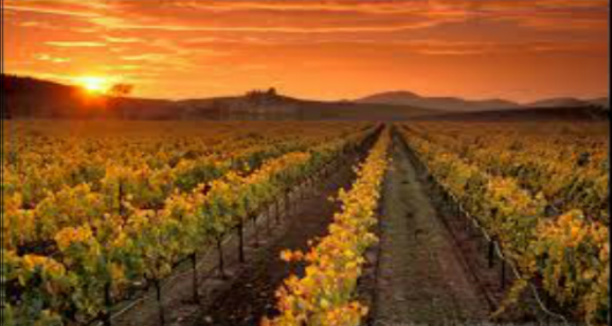 Song For The Day

Translation in general is a challenging art. Especially when we are dealing with lyrics of songs, it becomes the toughest of all. It is not only the words (the meanings) that we are translating from one language to the other, but also the rhythms inside the lyrics which are abstract, spiritual. Lyrics of songs are usually written in a form of poetry. A well known American poet, Robert Frost, once said, “Poetry is what gets lost in translation.” His definition clearly depicts the challenge one has to face during translation and the risk to lose the poetic nature of a translated literature. Therefore, it is my hope that the reader will understand the challenge I been through to keep not only the meaning but also the poetic flavor of the lyric in the process of this translation between the two, completely different, languages.

The singer of the song WILL NOT be liable for any error or misconception in the TRANSLATION and/or INTERPRETATION of the lyric. The translation as well as the interpretation that made here are totally of the author’s responsibility. IN NO event will the singer be accountable for the meaning attached to his lyric here, in part or as a whole, being right or wrong!

The sun represents King Haile Selassie and his dynasty. I have read a phrase that referred him as Our Sunny King – ፀሐዩ ንጉሳችን. Revelation visualized Christ’s face as “the sun shining in all its brilliance” (Revelation 116.) King Haile Selassie might be given the likeness for his ancestral lineage that thought to be from Solomon and Sheba, the tribe of Judah  and from the root of David as Jesus Christ.

The imagery of the vineyard in the song is similar to Christ’s parable to symbolize the relationship between God and His people. “I am the true grapevine, and my Father is the gardener. I am the vine; you are the branches” (John 151-5) In short, the vineyard (የወይኑ ስፍራ) in the lyric is a figurative representation for  King Haile Selassie‘s people (Ethiopians.)

As it is obvious, Teddy’s precious (ውዴ) is Eritrea. The first two lines of the lyric symbolized the EXIT period of the Solomonic dynasty (ፀሀይዋ ስትጠልቅ) in which the dissolution of the Eritrea’s federation and the shutting down of its parliament occurred to annex it as the fourteenth province. The short kissing session (ሳልጠግባት ስሜ) is a metaphor for the short lived peace and joy the two nations enjoyed following the complete reunification before the birth of EPLF (the “libration” struggle) in 1961/62.

Here, even in the absence of STRONG resistance (ጭር ያለ ቦታ ) the singer’s precious was telling him a prophecy in a form of fear (ልሄድ ነው ፈራሁ.)

As “the man” who stood nearby the vineyard fence was a reason for the fear and departure of “the precious,” we might picture him as EPLF. However, later in the coming phrase, the same man will be referred as “the keeper of the vineyard” to put us in a dilemma to assume him as the Military Junta that was assigned to guard the Kingdom (የወይኑ ስፍራ)

The relative powerlessness of the singer to command “the man” (አልከለክል ወይ አልመልሰው) reinforces our first thought regarding the identity of “the man” as EPLF. As EPLF claims not to be Ethiopian, the above phrase gives “the man” a taste of an “outsider.”

However, in the fourth line, where “the man” is referred as the keeper of the vineyard (የወይኑ ቦታ ጠባቂው), there is a role of “insider” in the given character. In this case, we might shift to the alternate hypothesis to endorse the analogy of “the man” as the Military regime that succeeded the monarch in coup d’état.

If our second assumption holds true, then, the singer is regretting not only the departure of his precious (Eriteria’s case) but also the fall of the Royal dynasty (እኔም ብቻዬን ባልቀር)

I will leave this part for your own understanding and interpretation.

I have never been in Asmara (Eritrea.) However; based on others’ testimonies, it is not hard for me to visualize how the city looks. The big palm trees on the streets, the well designed roads and buildings, plus its world class master plan sound to my ears that the city is the refined work of the Romans’ architectural prowess. Through eye-witnesses’ verbal descriptions, I managed to trace the giant fingerprints of those ancient lords of rocks – Italians. The singer acknowledged this grace of “his precious” as a beauty comparable to green lush, bright summer – የፀደይ ወራት ይመስላል መልክሽ ብሩህ በጋ.

The oneness of the “two” nations, their socio-cultural similarity, as well as the degree and potential of their economic development have been sung in terms of their equality in age – እኩያዬ ነሽ እንደኔው ለጋ.

Up to this point, the singer was narrating the pre-independence reality. He used the third line of the lyric above as a bridge to cross to the post-independence experience. The modern world is diffusing borders between and across countries to become one. Whereas, the old (wrong) ideology of EPLF that chopped off the region and its unsuccessful aspiration to Arab-ize Eritrea have been played in the lyric as – እድሜው ላባራ ለባለፀጋ ዳሩሽ. At the beginning of its reign, EPLF tried hard to associate Eritrea with the oil rich land of Arabia.

The taboo (ነውር) in the song is the outcasted social system, slavery (ባርነት.) During the referendum vote, the Eritrean people were provided two cards: INDEPENDENCE (freedom) or SLAVERY. The phrase that warned “the precious” to choose another mate was an outcasted norm (ግን ከሌላ ብትሄጅ ነውር ነው አሉሽ) is a brilliant expression of the singer to represent EPLF’s resolution that termed living with Ethiopia as slavery (ነውር– ባርነት.)

At last, the singer questioned the legitimacy of the referendum (የአንቺ ትዳር) over their long established socio-cultural relationship (የእኔና አንቺ ፍቅር.) He also seemed unsatisfied with the decision made by the world magistrate board, UN (ተያት ይቺ ዓለም ለሃቅ የላትም ዳኛ) on the matter regarding the “two” countries, and other issues of the world as well.

The singer still feels that their “affair” over the legal marriage (the result of the referendum)  is not RIGHT (ልክ ባንሆንም); yet, he justified it for the sake of their long established biological as well as historical relationship, which is tagged in their  contemporariness (ልክ ነን እኛ.)

No matter what, I do feel Eritreans as Ethiopians. No political rift is deep enough to keep these “two” nations apart. However, the question is: should it be war that bring these “two” nations back to one? I will leave it for the reader. But, as of me, if the Eritrean people make A STEP forward against EPLF for the cause, no logic or magic holds us back from taking A TRIPLE JUMP. If our brothers on the other side are willing to be lead actors, we, Ethiopians, are historically certified stunt men for risky moves. As Teddy said, “እምቧቧቧ  በይ  ላሜ  ቦራ” in his other song, the white-dotted-head cow (the light skinned people) has to “moo” first to receive help.

What has been done is already done. There will be a time to deal with it, in LOVE or in LIFE. The utmost concern should be given to the risk we are facing now. While longing for the already gone cow, we are neglecting the rest of the herd to cross into someone else’s farm (“ትቼው እረኝነቴን እሷን እሷን ሳይ …  ከብቶቼ ከሰው ማሳ ገቡ“) Watch Teddy’s other song HERE