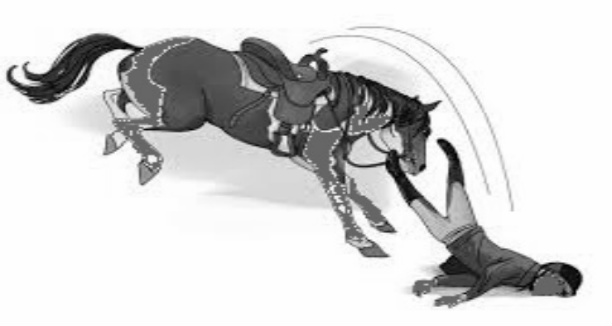 Teddy is one of a very few singers I enjoy dearly. Not for his nightingale voice but for the amazing lyrics he sings.  Unlike most, he composes his own songs that always challenge my mind to decipher the meaning hidden behind.

You may not have that difficulty to decode Teddy, even so let us remember one of his enigmatic lyrics in which, I guessed, he paid tribute for the year 2005 martyrs. Apart from taking this opportunity to think back the fallen youngsters, I have no purpose to shade light on any new insight.

For my foreigner friends, I have tried to translate the lyric into English. As you listen, still, I am considerably far from success to mirror the exact passion of the song which is beyond the power of word, buried deep in the singer’s tone (pitch.)

Those who clearly remember the 2005 incidents, who is your BALEDERAS (trainer or master of “the horse”) that suits best for the song’s title? Fortunately, I have already found mine.

Hippo is a latin word for horse. Horses represent POWER. Physics is out of the concern now but horses have been unit of measurements of power (hp), the rate at which the work is done. As James Watt’s horse represents power, for me, Teddy’s horse (ፈረስ) represents the 2005 REVOLUTION which several thousandth rode on the streets of Addis. The reins (ልጉዋም) that leads the horse is synonym to the LEADER(S) who were supposed to guide and control the revolution. Teddy’s brother (a symbolic representation of the victims) negligence to hold the reins fast depicts the failure of the victims to identify the leader’s capability, commitment, and determination to lead such a powerful revolution for change.

እንዴት ላረዳት ነው የወንድሜን ሞት (How could I break it to her, the death of my brother)

The Mother (እምዪ) represents the country, ETHIOPIA. She was waiting for the victory that “her son” denied unfortunately. As of me, NOT AS OF TEDDY, the phrase (እንዴት ላረዳት ነው የወንድሜን ሞት) simply amplifies the grief and disappointment that how such a mass death and abortion of liberation will be told to Ethiopia, justified to the nation.

Here, in my personal interpretation, the hippo-logist (the trainer of the horse (ባልደራሱ)) is asked whether he carefully planned the revolution or not (“አልተገራም ወይ ፈረሱ?”)

The phrase (አንተ ባልደራስ የፈረስ አባት ነፍሱን ከገነት ለማታስገባት) ethically criticized the negligence of the leader(s) or the horse manager(s.) They are not entitled to guarantee heaven’s arms to the soul of the victims, yet casued the death. HEAVEN in this case is FREEDOM, JUSTICE, and EQUALITY the revolution leader(s) failed to deliver even at the cost of so many lives.

As the Horse Manager (ባልደራሱ), the one who was responsible to tack up the horse (organize and administer the revolution) failed to do it meticulously, this part of the lyric regrets the death of hundreds young men in vain. It is my own interpretation to believe this as a metaphor to condemn the hippo-logists for failing to saddle and bridle the horse wisely; to plan and install the revolution properly.

Here comes the part I love best: ከሜዳው ነው ወይስ ወይ ከፈረሱ, ለሞት ያበቃው ምንድነው እሱ? For my own understanding, the song still keeps the ruthless TPLF in the realm of accountability. The phrase inquires the cause for the victims death. Whether it was the FIELD (the regime who governs the land) or the HORSE (the ill-organised REVOLUTION.)

As I spelled it redundantly, the whole interpretation is my own perception and does not represent the then, present, or future thought of the great singer. The real message of the song matches to my own PERSONAL perception or not, the song is still superb to me and my peer group. It narrates the most pathetic event of history in the most artistic way. Honestly speaking, after paying a good deal of attention and close investigation, many youngsters, including myself, decided to take everything that matters us in our own hands. Even if our enemies are numerous, we determined to fight them ONE to MANY. Be the leader as well as the follower of our own, individual, one man regiment. We vowed to follow no one; agreed to trust nobody; unless we see Christ himself as a leader, in the war Armageddon against Lucifer.

At last, I MUST say something to those a few bats: BACK OFF! You got the WRONG guy! There is an evil force that drives these individuals to stand against the young hero, Teddy Afro.

No one denies the fact that the regime is best at creating or purposely ignoring an opposition (whether it is an individual or a group.) Letting it fertile till it becomes big enough to provide shade for thousandth, if not for millions. However, once that individual or that group reached the climax and became an Idol, the game is ON. The subject in question will be given two choices: to change the lane or to face the jail. It is the public guess that TPLF had approached Teddy Afro to change the lane so that they could surf on or crush out the public national sentiment that thrives around the singer.

Those, the kind of the rat (some call him THE CAT) choose the cheese over the mass and cross the lane. Just a few like Teddy, who value the country, prevail even in jail. TPLF thought they could simply turn the nationalistic sentiment into dust by forcing or maneuvering the iconic singer to fail the public trust. Fortunately, it did not work. Judas was not Teddy’s favorite disciple. He was wise to push aside the “30 dinars,” and to sing ዋሸቶ ለመኖር አይችልም ከቶ፣ ታምኖ ይኖራል እንጂ ያለውን በልቶ …. if you got time, click and  watch the song on youtube HERE