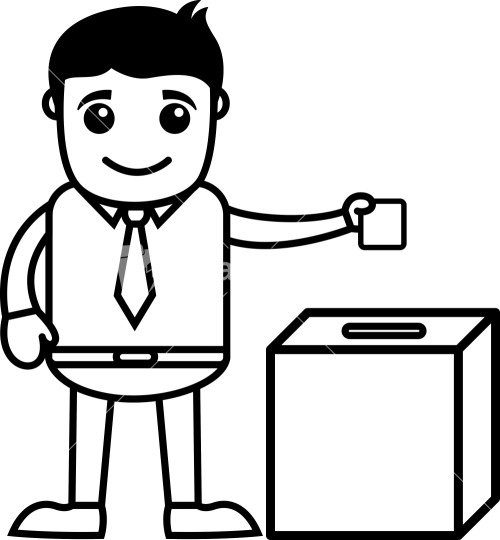 Vote A Leader That You FOLLOW, not That LEADS You.

All broadcasting media in Norway are simmering on the national election that will come to pass soon in a week time. Not feeling the slightest degree Celsius of the heat, I still wanted to say something about voting in general, and the Norwegian election in particular.

In my own personal judgment, VOTING should be all about who we want to FOLLOW; rather than who we want to be LED BY. In other words, we must vote for a person that we are sure to FOLLOW; not that we are sure to LEAD us. If anyone feels puzzled here, it is only for his/her failure to figure out the philosophical distinction between the acts of to follow and to be led. Whether we understand it or not, believe it or doubt, there is a world of difference between a leader that we FOLLOW and a leader that LEAD us. To go deep into the terminological philosophy is not the intent of my writing today. However; for the sake simplifying this concept, let me say one more thing: there is a great deal of satisfaction in FOLLOWING a bad leader than BEING LED BY a good leader.

Voting for a leader to FOLLOW demands voters to have a profound understanding on their political needs, paths, and hypothetical targets (achievements) beforehand. This in return insures them with peace, safety, and stability after the election. I don’t believe that there is such a thing called FREE election. In each and every election, there is a cost to pay or a profit to gain either before, during, or after the election period. That is why Norwegians have to think twice to vote for the one that they would FOLLOW, instead of the one that would LEAD them.

So often, leaders that are voted to LEAD haul the whole nation (with or without their will) into a walk of politics that they never dreamed of. In the worst scenario, voters that voted simply to be led, without a premeditated thought to follow, have inherited a huge socio-political debt to pay even with their dear lives. Journalists, priests, nuns, doctors, NGO workers, international students, tourists, and other sort of civilians who have been killed by “terrorists” in response to some vainglorious political leaders’ wrong moves are the unfortunate justifications here.

Yes! It is my ardent belief that electorate must not be treated as Christ to pay their dear lives for the sins and transgressions of political leaders. But, sadly, this is not the way we see it today. In my own estimation, without running any formal statistical research, the ratio of civilians to politicians that have killed by “terrorists’ attacks” could be as high as 100,000 to 1. Political leaders and their families that are investing voters’ tax money to nest inside sky-high fenced villas, to travel in bullet proof cars, and to be entourage by giants-bred security guards are hard to be reached to pay the price for their own political offenses. It is always ordinary citizens that are left alone and behind enemy lines to face the rage and revenge of those who have been treated badly in political malpractices.

Not too long ago, enjoying the most innovative human resources in science and the largest concentration of cutting edges technological advancements, United State was seen as the jewel of the earth. Before Americans started to cast their votes TO BE LED by war mongers, being American was felt like being a citizen of Heaven.  In Africa or Asia, whether in the Middle or Far East, all over the planet, Americans were too proud in declaring their nationality. Sometimes even to the point that their pharynx ballooned like their turkeys in saying “we are Americans!”

That was then and it is not my interest to write how Americans feel today; especially living beyond their own borders.  From European pubs and restaurants to African and Asians resorts, Americans are not showing that sort of freedom and pride to brag on their Nationality. There is no one to be blamed except their own “democratic” leaders that have been playing the country’s political spin in pursuit of their own private interests.

Nowadays, most Americans prefer to spend their vacation limited to the place where they could have maximum security and / or anonymity. As I said it above, all these happen because of their un-thoughtful votes TO BE LED by arrogant, self-centered politicians that push themselves into deities to feel even the sun wouldn’t rise in the morning without their wills. That is why I’m emphasizing, to vote for those who WE SHALL FOLLOW is far important than to vote for those who WILL LEAD US.

The stake of precaution attached to a national election becomes so high, particularly when “aromatic” hatred and arrogance towards immigrants used as spices to entice voters’ appetites. That is what Minister Sylvi Listhaug are doing to win the coming Norwegian national election. The nation need to understand the inevitable consequences in backing such a kind of person that uses a cross, the religious MARK, as a MASK to attack non-Christians. She might be a leader to LEAD; but, is she really qualified to be a leader to FOLLOW? As of her past records, the answer is a big NO! When  the Integration Minister said: we (Norwegian) eat pork, drink alcohol and show our face … , she was doing nothing more than packing over four million nord men and women in one rucksack. Having no thought for those vegetarians, non-alcoholic citizens, Muslims, and so on who are still Norwegians by birth or preference is not a quality of a leader to FOLLOW.

Here, let me take the opportunity to say, the basic concept in integration is HARMONIZATION, not HOMOGENIZATION. Integration is simply letting MANY to live together in harmony, as if they are ONE! Not grinding and kneading MANY to make them ONE! As of me, with all her provocative words, ideas, and decisions that annoy some locals and international politicians, I can feel that Ms Listhaug has a promising potential to become AGGRESSION minister than INTEGRATION.

If the public fail to keep an eye on them, leaders like Ms Listhaug have a dangerous ambition to go far beyond the leadership role. That is what I noticed when she proposed to build tombs for the living (detention camps.)  To think so, she must feel more than leading the country: owning it! All the values, norms, resources, and prides of the nation mean nothing to her more than those palettes and lotions of that beauty kit she might keep in her purse and has a sole ownership right to utilize it the way as she wants.

In most honest words, whoever or whichever wins, neither Venstre, Arbeid, nor any party is my favorite. Rather, I have respect to Ms Listhaug and her FrP for showing us the hate in black and white, without any color of disguise. The worst of all are those opportunists who trade in two tongues like serpents. In any ways, living in this dark side of the world, my greatest interest is not the outcome of this election but the winning party’s commitment in food processing research. Like the Vitamin D, I do really want to see Vital Morality also being infused into the Möllers Tran, which I and and Ms Listhaug drink every morning.