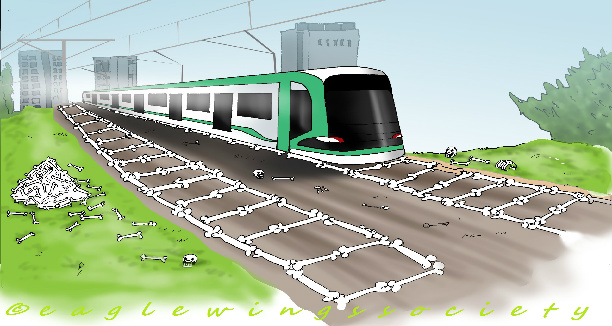 To War Is Better Than To Cry!

It started to seem that Ethiopia, once known as the land of plenty has become a sole model of famine for eternity. Almost decade after decade, “the basket of breads“ suffers unimaginable humans and animals loss. All too often, when our throats fall in the fatal grip of hunger, we made it tradition to curse Mother Nature. But, is it really a natural disaster that we should pin the blame on? Was there no human fingerprint in all those starvation and famines that effaced thousandth of innocents from the face of the earth? If “unfavorable environment“ is the only factor, why is it that no other country with equal or even less environmental resources than we have fall in the abyss of hunger so often as we do?

When I posted my article on cyberethiopia.com in 2004, I raised the same question: WHAT IS IN CHARGE OF ETHIOPIA’S POVERTY: ENVIRONMENT OR POLICY? Without going back into the details of that paper, today almost twelve years later, my stance on this issue is unwavering that policy takes the lion share of our failure in the struggle to become economically self-sufficient. With the least available means of production, I have do doubt that the country could have the capacity to produce enough food to feed everyone on its land. It might sound naive to compare Ethiopia with “California” or to any other city; however, favorable natural conditions contribute very little to the economic welfare of many countries in the world including Denmark and Switzerland. No denial, there is a linear correlation between “crop failure” and poor soil, aridity, lack of mineral resources, and/or natural disaster. But, hunger is the object of management. In any industrial or agricultural sector, keeping all resources constant, a change in policy has extreme influence to paralyze or propel the whole production and distribution system. That is why I said El Nino is a victimized ‘scapegoat’ for this hunger nothing or no one but TPLF caused.

From the federal level down to the local agricultural offices, functionaries who are assuming power in initiating, implementing and evaluating developmental policies are political cadres. They lack the required technical knowledge and/or professional ethics to postulate the actual needs. Research projects are proposed on their merit to incur personal profit (extra per dime and scholarships) for researchers than their virtue to bring change for end users.

The picture below is a photograph I myself took to make it a feature image when I published an article on a quarterly research bulletin in 1999. 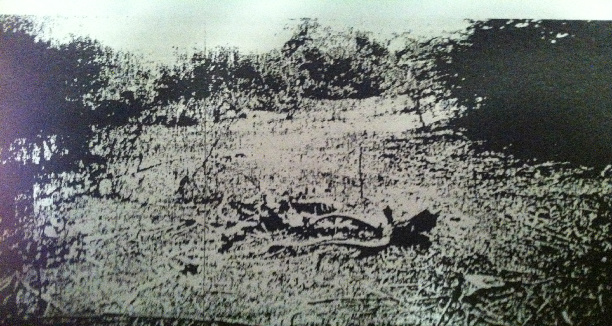 Not even a couple of hours drive from the capital, I witnessed a transaction that remains the most infamous deal in my entire life: a farmer settled a bargain on his cow just for ten Ethiopian Birr. It was really not a positive consequence of “free-market’ nor a reminder of those good old days of Menelik II. As it was a drought season, imminent fear to loose his cow forced the farmer to give up on his “milk pipe” for the value much less than a relic cup that made out of a dead cattle horn. Yet, embarrassingly, in less than a kilometer distance form that particular market place and the exact spot where I took the above picture laid the oldest and the biggest federal research center that run “scientific” researches on natural resources (soil and water), cash crops, and animal husbandry (health and forage) for more than six decades. I recalled this incident not for any other reason but to bold how development policies, implementations, managements, and evaluations were and are out of forms to regard the “out-station” environment.

Today, millions of Ethiopians are at the mercy of black death from hunger as a very few are too full to return the meat and milk in the freezer. As yet the regime’s propagandists are deafening our ears with their double digit economic growth. In their new “transformational“ credo, a modal height of buildings is a reliable development indicator. Even if I have reserved the fallacy of TPLF-driven development for my next paper, the complex nature of development that demands rationalized assessment than generalized judgment worth a few lines here.

The genuine behavior of development is a co-reflection of economic, social and political traits. In the function of developmental equation, social conformity and political liberty are essential variables that can not be derived simply from economic statistics. In other words, no country is able to take a step forward in the walk of development without a serious consideration and refinement of its social as well as political impurities.

Conducive social and political environments help to initiate not only efficient developmental policies to process economic inputs into outputs but also transparent institutions to guarantee fair and equitable distribution of products, power, wealth and growth. The rule of law, freedom of opinions and press, justice, and so on are vital wires and threads to be coiled together with means of production to function as a dynamo for sustainable national development. Otherwise; in the absence of equitable distribution of social rights and political power, economic growth alone is a pleasant game statistics that makes no sense in real life. This is what we have been watching for more than two decades now. The racial institutes and policies have given everyone the opportunity to become destitute. As the very very few reap the blessing of cheep labors and capitals, the majority who are greasing the economic machine with the sweat of their brows are being left broke.

Today, your race has more power than your knowledge to open or slam the door of huge opportunity in your life. It is bribe or tribe that guarantees your own right on your own land. In general, those who are assuming power and office to lead and administer are great menace than a security assurance for the country. Kids, as they enroll in the preparatory school, they are propagandized with a variety of hatred that are designed to destroy their faith and confidence in growing and living together. Youngsters and adults that do not yield for tribalism are being tortured in a hundred subtle ways. Addis, the city once praised as the hub of liberty is now in its climax of puberty. Night clubs, pubs, and secret Villas are running “business“ in a fashion against universal human values and tradition. In the pursuit of development and happiness, invaluable ethical norms that have been cohesive agents for stable social lives are on sale.

I Personally, as the writer of my own thought, termed our progress a DISCO-economic than a SOCIO-economic growth. I see no social value in all those glittering buildings, artificial roads, flower plantations, and unethical lives. The decorating lights and the razzmatazz of the economy taste more of a discotheque environment than a real social development.

In general, the current famine is neither natural nor temporal. It is purely political that needs political solution. Of course, we got no other choice than reaching our people with whatever resource at hand, financial and/or material. But, to solve the problem once for all, come on! … to war is better than to cry! Unless we do not settle this hunger with a proper political measure, I said it before and I say it now, there is no guarantee that the famine will never come back.