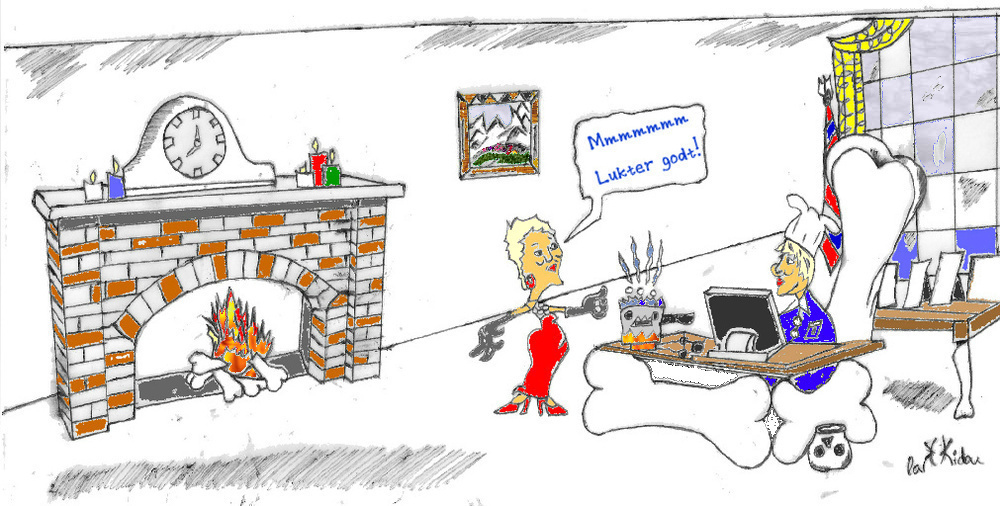 Wounding A Dead Panther Doesn’t Make You A Brave Hunter!

As the 2017 Norwegian national election is approaching, the hate-inflated POLLCIANS have already started thrusting up their spears at full stretch towards the unshielded immigrants. You might be wondered on my new term: POLLCIANS. I coined it to represent these hate-driven individuals as there is enormous difference between them and the other customary POLITICIANS in the world of politics.

POLITI-CIANS are capable to formulate new ideas/approaches in a diverse socio-economic and political environment to secure political superiority. Their main focus are PEOPLE. On the contrary, POLL-CIANS lack the required brain caliber to think different or better in order to gain political power; and their focal point is nothing but POLL. POLITI-CIANS formulate and debate on course of actions that make a given society think, feel, and live better. Whereas, POLL-CIANS simply flow in any path that they deem to earn themselves higher rank on the poll rack.

That is why now these Norwegian POLL-CIANS come out with a new scheme to translocate Ethiopian asylum seekers to new camps some of which are already vaporizing (being closed.) The decision of the Norwegian Immigration Office to transfer asylum seekers to a closed camp is beyond comprehension for many concerned citizens. However, this senseless move defines one thing very clear. For these POLL-CIANS, asylum seekers are body-less, feeling-less, soul-less, life-less, the list goes on with the suffix: less. Simply, in their eyes, we are ghosts to be moved into closed camps and placed in abandoned buildings.

Take a look on the above cartoon. In fact, it was a quick-sketch that I made to be a feature image for my article: NORWAY’S HUMANITARIANISM, EUPHEMISM? In 2014. Yet, it narrates the full story of today’s short note.  As new and better political, economic and social ideas in the fields of education, health, business, etc. are out of their reach, “immigrants” are the only available playing cards for these POLL-CIANS to compete in the national election. We are their only blessings to secure votes. In other words, as I illustrated in the above cartoon, it is our marrow-less bones that serve them as a timber to mold their political office’s furniture (tables and chairs.) it is our tibia and femur that burn smoke-less at the altar to keep them warm.

Some of us are taking bold reaction against this inhuman dislocation; and I insist two notes of caution must be held firmly in mind. Firstly, after being subjected for a non-stop psychological torture from the Norwegian Immigration Office, now, we don’t have the same body, mind, and zeal for life like we had fourteen or fifteen years ago. We are simply tired and battered for a new round of torture at a new corner. Let alone us who found fate worse than death on the Norwegian soil, even vigorous plants with strong woods and hard barks that have been kept to thrive in a fertile land do wither and wilt when replanted into a new environment.

Secondly, as the Norwegian immigration system is so protective to let immigrants to mingle with the local community, we have been shunned away from any sort of social activities like education, work and so on that otherwise we could have used it as a common playground to form inter-personal relationship. As a result of this systematic alienation under the pretext of “rules and regulations”, we are given none but the local parks, the road side benches, and the outskirt hills to develop a “family like” relationships.

In other words, our shattered spirits, broken feelings, and diseased bodies have trapped to the physical environment in which we have been living secluded for more than a decade. Whenever we feel stressed, it is the local parks that relieve us; whenever we bereave, it is for the familiar outskirt hills we count on to console. In time of loneliness, it is the road side benches that give us a feeling of company, by letting us to sit on them and watch the busy life that goes around us even if we are not “allowed” to take part.

These are some of the very reasons that many of the victims protest to be relocated into a complete new environment. For people like us, it is really hard to get a nodding acquaintance, much less to earn trust in a new location where the state media uninterruptedly disseminate negative information about immigration and immigrants. It is difficult, if not impossible to get a chance to express ourselves and start all over again while being labelled as “danger for the society” by the Norwegian authorities. Otherwise; what difference does it make to move a dead body from one graveyard to the other? What comfort or discomfort is there in this new relocation scheme for people who are being treated as “walking-dead” for more than a decade?

This article is not by any account a message to those big monsters siting in big offices on big chairs who have big (large) intestines but not even small ears, eyes, or hearts to listen, see, and feel other fellow human’s pain. Before I wind up, let me tell those POLL-CIANS that politics is a wrestling on DIVERSE and BETTER ideas; It is not a wrath on ONE PARTICULAR race. Don’t fool yourself to feel proud for earning that nickname “IRON” by wounding the fallen LION!